The mission of The Sexual Trauma & Abuse Care Center is to promote a culture of consent while providing 24/7 support to anyone affected by sexual trauma and abuse in Douglas, Franklin, and Jefferson Counties.  The Care Center envisions a community free of sexual trauma & abuse while supporting healing for survivors.

Answering the call since 1972.

The Sexual Trauma & Abuse Care Center was founded in 1972 and was the first rape crisis center in the state of Kansas. In response to a number of sexual assaults that were happening on the University of Kansas campus, a group of innovative women began to coordinate a response and create a community of survivors and supports who were committed to addressing rape and sexual assault on campus and in Lawrence, Kansas. In 1978, the organization was incorporated at the Rape Victim Support Services and was known in the community as RVSS for 30 years. In 2004, the agency changed the name to GaDuGi SafeCenter in order to provide a more inclusive name for survivors and to recognize the expansion of services. GaDuGi (GAH-doo-ghee) is a Cherokee word that means “working together in a community sense.”

Over the years, as the agency has expanded services to all of Douglas County and farther out to Jefferson and Franklin Counties with agency offices in Oskaloosa and Ottawa respectively. 2015 was a year of growth for the agency with the expansion of youth services, therapeutic services in Jefferson and Franklin Counties, and the education program. In October 2015, the agency announced the name change to “The Sexual Trauma & Abuse Care Center”. 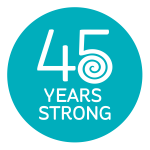 2017 marks The Care Center’s 45th year! We are proud to represent the legacy of advocacy and support for victims and survivors of sexual trauma and abuse. As the first rape crisis center in the state of Kansas, and one of the first three in the nation, we carry on the important work of those who came before us. In Douglas, Franklin, and Jefferson Counties, we are committed to providing the highest quality of care to people of all ages and genders. We are dedicated to being an innovative leader in the field of sexual assault support and prevention.